The International Mining and Resources Conference, IMARC, opened its gates

The International Mining and Resources Conference (IMARC) is where global mining leaders connect with technology, finance and the future. Now in its 6th year, it is Australia’s largest mining event. Photo: MARC
Published by
Markku Björkman - 29 Oct, 2019

The International Mining and Resources Conference was opened on the 28th of October in Melbourne. With strong support from 7,000 delegates, 257 exhibitors and 353 speakers, the opening day was electric as opinions on a wide range of topics including ethical sourcing, digital transformation and more were exchanged.

Despite protestors outside the Melbourne Exhibition and Convention Centre, it was business as usual for IMARC, with the conference opened by the Hon. Jaclyn Symes, Victoria’s Minister for Resources.  The Minister spoke about how the Victorian Government is supporting businesses in the mining sector to grow, innovate and connect as part of a new program launched in Bendigo earlier this month.

The Victorian Government – partners in the IMARC event - launched the Regional Innovation Accelerator program earlier this month as part of the Government’s mineral resources strategy State of Discovery, which promotes responsible mining and the creation of confident regional communities.

The day swiftly moved from a local focus to a truly global one as representatives from both BHP and Microsoft hit the stage.

Mr Singh went on to say that these beliefs were not only right but good for shareholders and good for business.

In the exhibition hall, the latest on mining tech was on display from names like Accenture, Dassault Systemes and Yokogawa.

Technology is revolutionising the mining industry, and these companies are at the pointy end, increasing safety and efficiency through automation, 3D and virtual reality, data mining and machine learning.

Renewables will be a hot topic across all three days of the conference with elements crucial to the development of green energy such as lithium, nickel and copper all needing to be extracted from sites around the world.

Mining companies are beginning to use renewables to both offset emissions and drive down costs on remote mine sites. And as EVs are becoming more popular on our streets, many predict that it’s only a matter of time before the replace diesel trucks and other traditional machinery.

An early mover in this space is Electric Vehicle Systems & Technology who are displaying their patented Ultra Low Voltage electric drive system at IMARC which is capable of delivering motive power to both small and very large mobile mining machinery at voltages as low as three volts.

Experts argue that EV engines are ideal for heavy mining equipment due to their instant power. Testing is currently being performed on the Komatsu-based Electric Truck, which was announced as the world’s largest EV in 2017. Designed by Kuhn Schweiz AG and Lithium Storage GmbH the eDumper could save operators over 50,000 litres of diesel a year.

While unfortunately not on display at IMARC, Komatsu did serve up an excellent replacement with Aussie tennis great Pat Cash hanging out at their booth.

IMARC spokesman, Daniel Kirwin, said it was a successful start to the 6th annual conference.

“The show continues to grow each year.  Today we have witnessed another year of collaboration between industry, Government, the METS sector and private enterprise with the three key themes being sustainability, technology and investment,” said Daniel Kirwin, CEO of Beacon Events.

“Inside the forum it was business as usual, and we are delighted to be the leading forum for mining in the Southern Hemisphere.”

First Aboriginal mine opens in Australia 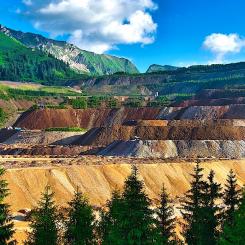 The iron ore price up 73 per cent 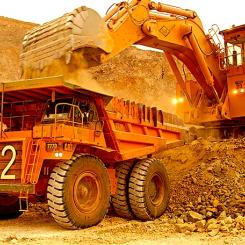 Over 80 tons of gold can be found in automated mine 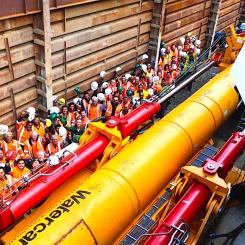 The micro tunnel drill "Blanche" made the world record 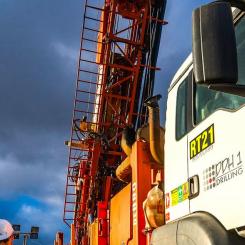