Portugal is located in a zone with diverse mineral deposits. For the development of the mining sector, the government has established a strategy for the country's geological and mineral resources, but its implementation has been slow. Foreign interest in mining in Portugal has increased, and there is potential for lithium production in particular. As part of its new lithium strategy, the government intends to organize international tendering for lithium deposit licenses.

Despite its small size, Portugal has a great geological diversity. Portugal's territory covers 50% of the Iberian Pyrite Belt, which is considered to be the EU's most important metallogenic region. Portugal has world-class mineral deposits, such as Neves-Corvo (Cu, Sn, Zn), Panasqueira (W), and Aljustrel (Cu, Zn), and is one of the EU's major producers of copper, tin, lithium and tungsten, and globally important. producer of decorative stones (marble, limestone and granite).

From the 1950s, and with particular emphasis on the 1980s, the mining industry was booming, beginning with tin and tungsten in central parts of the country, and later focusing on precious metals and base metals. In northern Portugal, there are tungsten and tin deposits, as well as precious metals (gold and silver), lithium and uranium. In northern central Portugal, there is potential for granite rocks. There is also the historic Panasquiera Tungsten Mine. In southern central Portugal, the most important mineral deposits are base metals, precious metals, tungsten and tin, as well as chromium, nickel, cobalt, platinum and ornamental stones. In the south, there are volcanic rocks and non-metallic resources such as limestone. It is also home to one of the largest copper mines in Europe (Neves-Corvo). There are also significant uranium deposits in Portugal, and uranium concentrate production was high in the period 1950 - 1990.

Since 1994, about 0.5% of Portugal's GDP has come from mineral production. In 2017, copper concentrates accounted for the largest share of mineral exports, 30%, and marble and limestone 25%. The mining authority in Portugal is the DGEG Energy and Geology Agency and is also subject to applications for the exploration for and exploitation of mineral resources. According to DGEG, in 2017 the Portuguese mining industry had a production value of 1073 million euros, the export value of 899 million euros and employed 10 541 people.

In Portugal, the mining sector legislation was reformed in 1990. Prior to that, there was no legal obligation to rehabilitate mining sites, and the abandoned mines still have an environmental impact. The state-owned mining company EDM is now responsible for the ecological rehabilitation of old, mostly uranium mines. Since 2007, half of the royalties paid by the now operating mining companies have gone to EDM for mine refurbishment. In addition, according to the Secretary of State for Energy (Público 24.11.2018), Portugal will receive EUR 130 million in the future EU long-term budget for the rehabilitation of old stone quarries.

Development of mining as an objective of the Government

Due to the growing importance of mineral resources, in 2012 the Portuguese government launched a national strategy for geological and mineral resources aimed at better identification, exploitation and protection of resources. The first steps to implement the strategy were the adoption of a new proposal for a law on geological resources in 2015. It includes measures to improve the dynamism, competitiveness and environmental responsibility of the mining sector, but no specific legislation has yet been adopted. In the spirit of implementing the strategy, the Portuguese Mineral Resources Cluster network of private actors and universities has also been established.

On November 12, 2018, Público newspaper reported that implementation of the strategy had been patchy. Government plans include, for example, public tenders for lithium deposits in the country and the Jales gold mine, the first of its kind in the mining sector. However, these have been postponed several times and there is still no certainty about the timetable. Similarly, the Geological Resources Fund (FRG) planned for 2016 has not been put into practice, even though it was mentioned in the state budget reports for 2017, with a budget of EUR 22 million over five years. According to the Secretary of State for Energy, the fund will be put into practice when the details of the Geological Resources Act are published.

According to a story published in Weekly Visão on September 12, 2017, dozens of licensing applications over the years have led to nothing, as no new mine has been opened in Portugal for 30 years. 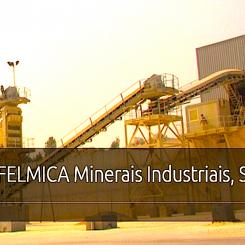 Wearables are evolving into important tools in the expanding Internet of Things (IoT) landscape, driven...

China’s Zijin Mining has received the approval of Canada’s government to take over the country’s...

Hexagon’s Mining division has appointed Nick Hare as its new President. Hare has been integral...

Metso continues to develop the global supply operations of its Minerals Consumables business by establishing...

Epiroc, a leading productivity partner for the mining and infrastructure industries, appoints new members of...

IronRidge Resources Limited announces that it has now entered into an agreement with Major Star...

Diamcor Mining announces it has now completed the previously announced processing of tailings material at...

Global standard for responsible production and trading of copper a step in the right direction, says GlobalData

The International Copper Association (ICA) has announced its creation of the ‘Copper Mark’, a global...

Total metals & mining industry deals for Q4 2019 worth $20.42bn were announced globally, according...

Teck Resources Limited announced it is withdrawing the Frontier Project from the regulatory review process....

Canada's Excellon Resources has entered into an agreement to take over gold and silver miner...