Lesotho gov seeks to boost its economy through diamond mining

Type IIa diamonds are the purest and most expensive due to their great transparency owing to the absence of nitrogen molecules that cause yellow or brown tints. Image: Kuongchin
Published by
Markku Björkman - 18 Sep, 2017

Due to the tough terrain – the whole country is above 1,000 metres and Letseng is the world’s highest mine at an altitude of 3,100m – mining firms have been reluctant to venture there. But as the government seeks to boost its economy through diamond production, four new mines were announced last year.

Since April, the country has produced five exceptional stones, including two yellow diamonds – the smallest an 80ct, D-colour Type II and the largest a 126ct, D-colour Type IIa. Type IIa diamonds are the purest and most expensive due to their great transparency owing to the absence of nitrogen molecules that cause yellow or brown tints.
They form only 1 to 2 per cent of all uncovered diamonds and command a 5 to 15 per cent premium.

These finds allayed fears of a drought of large stones after Letseng’s boom in 2015, when three diamonds, each of about 300 carats were found in a year.

Lebohang Thotanyana, Lesotho’s mining minister, told Mining Weekly last year the country aimed to be a leading diamond producer and was improving its legal framework to meet international standards in environmental protection and health and safety to ensure the long-term sustainability of the industry. “We want to increase Lesotho’s diamond production from its current 350,000 carats per year to about 1.5 million carats a year over the next two years,” he said. 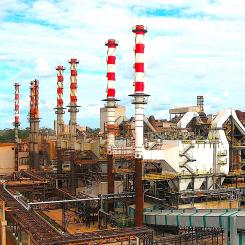 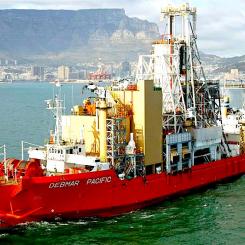 Eurobattery Minerals AB, a growth company in the mining and exploration industry with the vision...

Henrik Johannesson new chairman of the board at Eurobattery Minerals

Eurobattery Minerals AB announces Henrik Johannesson as board member and chairman of the board. He...

In 2019, the Chuquicamata mine – one of the largest copper mines in the world...

First Majestic Silver announces that it has agreed to acquire from Gold Canyon Resources Inc.,...

Outotec has been awarded a contract by Gold Fields for the delivery of process equipment...

Technology leader ABB has entered into an agreement with Zijin Mining Group to install its...

Yamana Gold to apply AI at its Argentinian mine

GoldSpot Discoveries announces that due to its recent successes at El Peñón, Yamana Gold Inc...

Kanthal - the largest supplier of steel within the global Kanthal Group - has selected...

Canada’s Sama Resources has released a prelimi-nary economic assessment in which it declares plans to...

Epiroc, a leading productivity partner for the mining and infrastructure industries, has won a large...

Metso is introducing two new game-changing solutions for the crushing and screening plants in mining:...

Australian miner New Century Resources has signed an agreement to enter into an exclusivity period...

Barrick Gold has settled the majority of the North Mara legacy land claims and has...